China is taking a stand on digital securities… and it wants nothing to do with cryptocurrencies.

This week, the Chinese government reminded companies and investors of its 2017 ban on crypto businesses and trading, arguing the sector is too risky. It’s also asked the public to report violations. Punishments include serious penalties and fines.

China is in the process of creating a national digital currency pegged to its own physical currency. It’s also initiated government-sanctioned financial transactions using blockchain.

To those who follow the crypto industry from afar, it may seem like China is contradicting itself. It’s gone from banning crypto trading, usage, and initial coin offerings (ICOs)… to announcing its goal of a national digital currency and future blockchain use.

But the country isn’t playing both sides of the blockchain debate.

China isn’t a fan of anything it can’t control. Since cryptocurrencies aren’t owned or regulated by any single person, country, or government, China’s tough stance shouldn’t be a surprise. The country is making it clear it wants regulated digital securities (or security tokens), not unregulated cryptocurrencies.

To those who are new to cryptocurrencies, blockchain, and digital securities, don’t be discouraged by the headlines.

While we’re going to see a bigger movement toward security tokens, major cryptos like bitcoin and ethereum are here to stay—with or without China.

Below, I’ll explain the differences between these currencies, and why investors should still have some exposure to both.

Bitcoin is used as both a store of value and as currency with which to purchase goods. It’s lack of central governing authority (like the Federal Reserve or the Bank of China) is one of its key features.

Ethereum is a blockchain-based platform that allows people to execute “smart contracts.” This means you can exchange goods or services without a middleman, and the transaction is complete as soon as it’s initiated. Like bitcoin, ethereum is also free of heavy regulation and oversight.

While the Chinese government bans cryptos and crypto trading, it supports and encourages the use of the underlying blockchain platform. The Bank of China even issued a $2.8 billion bond offering using the technology. Blockchain acts like a giant receipt of all the transactions made across the massive network. In other words, it provides transparency. Companies use blockchain technology to track everything from food shipments to financial transactions.

Secondly, cryptocurrencies and digital securities are not the same thing. This is where China draws the line…

Most cryptocurrencies are utility tokens issued through an ICO. It’s best to think of utility tokens like gaming tokens at Chuck E. Cheese or Dave & Buster’s.

At these arcades, you pay cash for branded tokens. The tokens can be used at those specific arcades, but are worthless anywhere else. You couldn’t go into Dave & Buster’s and expect your Chuck E. Cheese tokens to be of any value. And if the price of games or food goes up, your token doesn’t. One token is only ever worth one token.

In contrast, digital securities represent fractional ownership in an asset—much like stocks—and are issued via a security token offering (STO). Since security tokens are backed by actual assets, they’re subject to some oversight and regulation. (It’s one reason Curzio Research had its own STO with Curzio Equity Owners.)

With its ban on cryptos and ICOs, China is simply setting boundaries for its digital securities market. It sees promise in the transparency, asset-backed value, and proof of ownership provided by security tokens. And it’s taking an active role in the development and use of blockchain technology.

Going forward, we’ll see a greater movement towards STOs vs. ICOs, thanks to the transparency and right to ownership security tokens provide.

But don’t let China or anyone else scare you from all cryptos… digital securities and crypto currencies are a global movement.

Chris MacIntosh, founder of the Asymmetric Opportunities Fund and editor of Capitalist Exploits, explains why unprecedented government policies could...
Dec 17, 2019 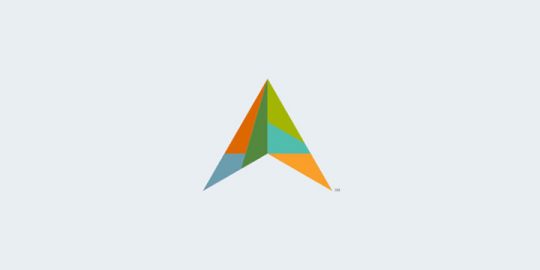 Fidelity’s institutional investors are demanding ethereum... and it’s time to gain some exposure.