These three words made bitcoin soar

President Xi Jinping of China has always been skeptical of bitcoin…

Fearing risk and the potential for financial crimes like money laundering, China has taken a hardline view on the cryptocurrency. It’s even gone so far as to criminalize ICOs and crypto trading.

But over the weekend, the communist dictator caused the world’s most independent currency to jump over 25%… and it only took three words.

He said China must “seize the opportunity” in blockchain technology.

These sudden shifts in opinion and policy are becoming normal in today’s “up is down” financial world.

All over the world, indebted central banks and governments continue to print money. Traditionally safe government bonds are offering negative interest. Hold the bond to maturity? You’re guaranteed to take a loss. Investors are paying to lose money… on purpose. It’s like something out of Alice in Wonderland. Economies are going “mad.”

Even the U.S.—the No. 1 global economy—is expected to cut interest rates this week. (The third time this year.)

So when Xi Jinping spoke about China embracing blockchain, the market and crypto bears took notice. bitcoin rallied to just under $10,000—up 25% from a recent plunge below $8,000—despite Xi Jinping’s call for regulation and “rule of law” in his speech.

Xi’s comments, and the subsequent rally, illustrate an important point: in today’s topsy-turvy financial world, investors see blockchain as a potential safe haven amid global economic uncertainty… and any endorsement of blockchain causes investors to rush into bitcoin.

The first reason is trust. Blockchain is already being used for payments, proof of identity, and inventory supply tracking. And as blockchain is used in more applications, trust in the platform will continue to increase.

The second reason is value. As governments continue to print money and manipulate interest rates, investors and consumers will seek alternatives to cash. Without a fixed or limited supply, a flood of cash reduces purchasing power and lowers its overall value. In contrast, bitcoin’s supply is finite. Only 21 million bitcoin tokens will ever exist.

Bitcoin is over 10 years old now. It’s a proven asset class that’s here to stay. And as more platforms and exchanges are built, it will get easier to buy and use the cryptocurrency.

Bitcoin offers a great hedge against all the odd things in our Alice and Wonderland global economy… A world where an “illegal” asset is embraced by the government that criminalized it… a world where just three words can pull an asset out of a tailspin. As more governments see the benefits of blockchain and bitcoin, there will be even more opportunity in this incredible asset class. 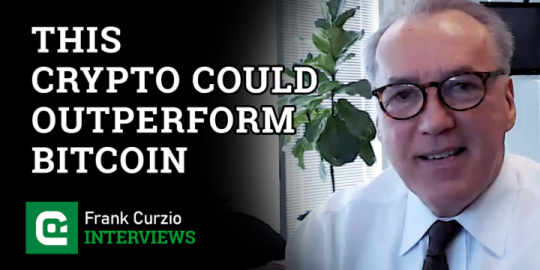